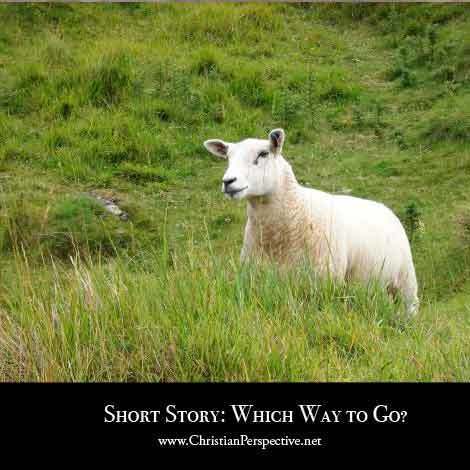 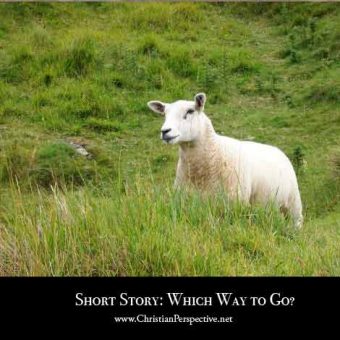 There once was a sheep who didn’t know which way to go. The path she had been following had ended, leaving her in the middle of a small clearing that was surrounded by woods on all sides.

Upon closer investigation, there were many paths heading into the woods. But which path should she take?

Panic began to set in to the little sheep’s mind. She began racing around in circles, hoping somehow she could make the overwhelmed feeling go away. How was she to figure this out?

Then she felt a familiar pressure on her side. It was her shepherd’s rod. He was here with her! He would lead and guide her. As she stepped forward, he would use his gentle rod to direct her steps.

Peace returned. Her shepherd knew what he was doing. She knew her shepherd would never leave or forsake her. Her shepherd had literally laid down his life for her. She was in good hands.

“Trust in the Lord with all thine heart; and lean not unto thine own understanding. In all thy ways acknowledge him, and he shall direct thy paths.” Proverbs 3:5-6 (KJV)