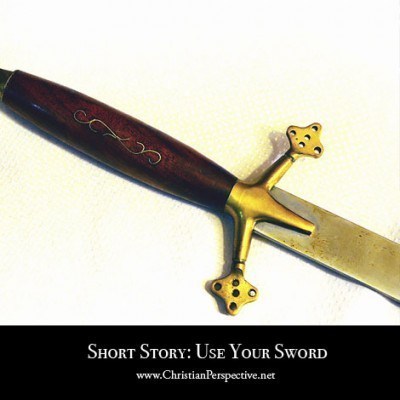 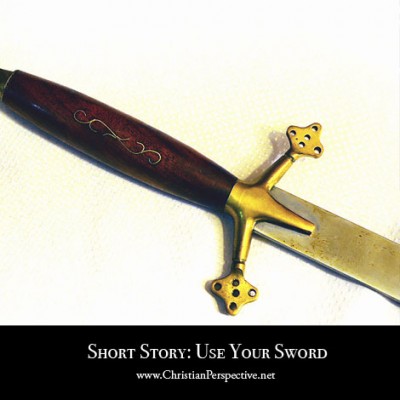 It was a good question to ask, considering the scene stretched out across the valley. Two armies were fighting an intense battle, that was clear. What wasn’t clear, though, was why many soldiers were using wooden sticks, pots and pans, and other odd makeshift weapons to fight. This use of weapons seemed especially odd considering each soldier had been issued a powerful sword.

Verdad decided to get to the bottom of the issue and ask one of the soldiers what was going on. “Why are you fighting with that stick?”

The soldier stopped and thought. “I’m used to fighting with sticks,” he replied. “It’s how I was brought up.”

“But weren’t you given a sword when you joined the army?”

The soldier nodded. “Yes, but I’m so used to this other sword, I suppose I reach for it out of habit.”

“But soldier, you want to win the war, right?”

The soldier nodded. “Of course.”

“Did it occur to you that right now, you’re fighting with the same makeshift, powerless weapons the enemy uses rather than with a powerful sword that’s capable of piercing through armor.”

“But the sword feels so heavy…”

Verdad nodded. “I know. It takes training. But don’t give up! Pick it up and build up your muscles. Learn how to wield it. You’ll never regret doing so.”

“For though we walk in the flesh, we do not war after the flesh: (For the weapons of our warfare are not carnal, but mighty through God to the pulling down of strong holds;) Casting down imaginations, and every high thing that exalteth itself against the knowledge of God, and bringing into captivity every thought to the obedience of Christ;” 2 Corinthians 10:3-5 (KJV)

“For the word of God is quick, and powerful, and sharper than any twoedged sword, piercing even to the dividing asunder of soul and spirit, and of the joints and marrow, and is a discerner of the thoughts and intents of the heart.” Hebrews 4:12 (KJV)

“And take the helmet of salvation, and the sword of the Spirit, which is the word of God:” Ephesians 6:17 (KJV)