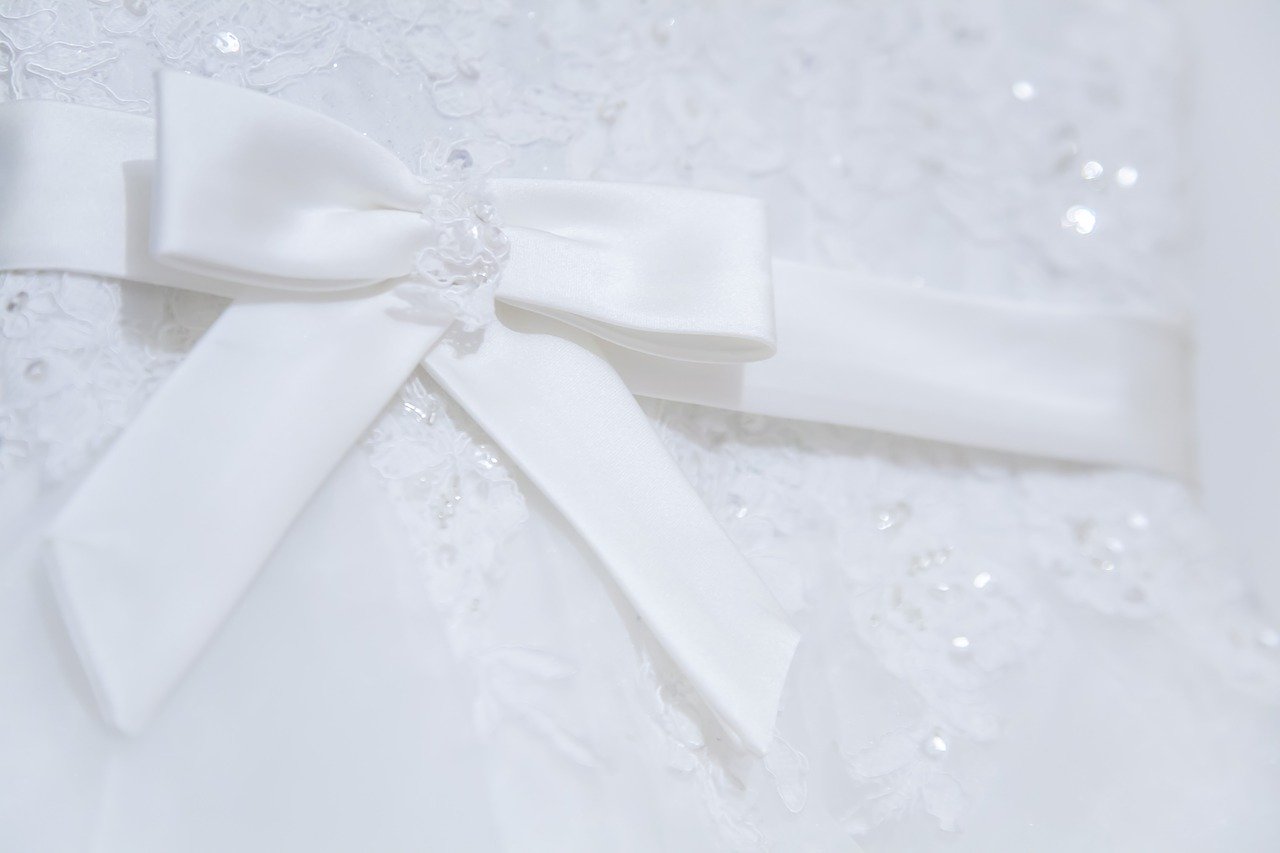 Mia gazed down at her gown in awe and wonder. She still couldn’t get over the fact that the Prince had clothed her in this sparkling white wedding gown. It was so beautiful, pure, and clean—so very different from the clothes she used to wear. And best of all, she got to wear it, not just one day when she married the Prince, but every day!

To understand the magnitude of Mia’s joy, you need to know that Mia grew up on the streets. When the Prince found her, she was grimy and in rags. Now, she was His beloved bride, clothed in this amazing gown that He’d purchased for her at an incredible price.

No wonder Mia hummed to herself and had a little skip to her step as she went about her daily chores. She belonged to the Prince!

The shatter of glass intruded upon her happiness. Mia looked in horror at what she had done. The cup of coffee she’d been cleaning off the table lay in a hundred pieces on the floor. The coffee had spilled everywhere. Mia didn’t even have the courage to look down at her beautiful gown for fear of what she’d see. She felt certain without looking that a coffee stain now marred its purity.

“What have I done?” she cried, burying her head in her hands. “Oh, I’m not worthy to be the Prince’s bride! After all He’s done for me, how could I have done this!” Her whole body trembled as the tears streamed down her face. Her joy was gone.

For days, she walked with her head hung low, ashamed of herself. She tried extra hard to do her chores well, hoping somehow that would make up for what she had done, but knowing all the time it never could. She felt disgusted with herself. She couldn’t forgive herself, but rather kept punishing herself over and over.

At the same time, she was critical of everyone around her, subconsciously hoping that if she could point out others’ flaws it would make her feel better about her own. But it didn’t. She just became more and more miserable.

Worse of all, she felt ashamed in the Prince’s presence. When they met in the streets, she barely said hello. Her conversations with him, instead of being filled with joy, were filled with unspoken fear. Perhaps he wouldn’t still love her. If he only knew…

The Prince, though, already knew all about the spill. In fact, he’d known Mia would spill before he had bought her the gown. That’s why he’d gotten her a special gown made of fabric that couldn’t be stained or spoiled in any way—fabric that was spotless forever no matter what. In fact, he’d left Mia multiple notes explaining this to her and urging her to look at her gown and see that it was still without spot. He had paid an exorbitant price to buy this gown for her; she had only to realize it.

The Prince patiently kept trying to get Mia’s attention. His heart ached to see her living in guilt instead of the joy of being his beloved.

His patient love eventually won out. Oh, the joy that flooded Mia’s heart when she realized her gown couldn’t be spoiled!

I would love to report that Mia never spilled or stumbled in the mud or did anything else that would have soiled a normal gown again. But that wouldn’t be true at all. She continually stumbled and spilled and stuttered. But the next time she felt tempted to bury her head in shame and call herself a failure, she lifted it with grateful tears streaming down her cheeks. “My Prince gave me a gown that can’t be spoiled,” she whispered in gratitude, a great smile of praise filling her face. “And,” she added, “He’s promised to keep working on me.” You see, her Prince loved her enough not to leave her on the streets, but to clothe her in a spotless gown and to give her his strength and all she needed to live more and more like the princess he’d made her.

She felt like singing…and she couldn’t help but talk about her Prince to anyone who would listen.

“For by a single offering he has perfected for all time those who are being sanctified.” Hebrews 10:14 (esv)

“I will greatly rejoice in the LORD; my soul shall exult in my God, for he has clothed me with the garments of salvation; he has covered me with the robe of righteousness, as a bridegroom decks himself like a priest with a beautiful headdress, and as a bride adorns herself with her jewels.” Isaiah 61:10 (esv)

“…Christ loved the church and gave himself up for her, that he might sanctify her, having cleansed her by the washing of water with the word, so that he might present the church to himself in splendor, without spot or wrinkle or any such thing, that she might be holy and without blemish.” Ephesians 5:26-27 (esv)

“His divine power has granted to us all things that pertain to life and godliness, through the knowledge of him who called us to his own glory and excellence,” 2 Peter 1:3 (esv)

“And I am sure of this, that he who began a good work in you will bring it to completion at the day of Jesus Christ.” Philippians 1:6 (esv)

6 thoughts on “The Wedding Gown That Can’t Be Stained”