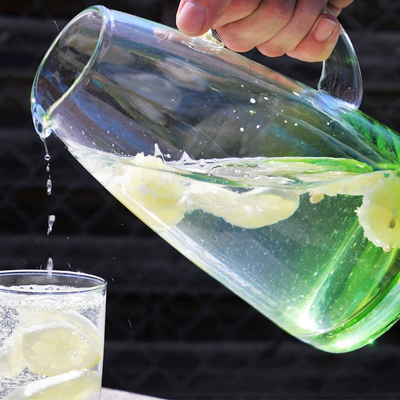 Emma’s day started on a positive note. She had a lot to do, but she was up early and ready to tackle the list. She had her normal cup of water with breakfast, got ready, and headed to the stores to take care of some errands.

The thought crossed her mind that she hadn’t drunken enough, but she ignored the thought. There just wasn’t time to stop and drink. At one point she meant to get some water when she got to work, but she soon became engrossed in other tasks and forgot all about it. While she was inside some of the afternoon at work, she had to go outside for periods too. But she failed to drink much at all.

This wasn’t the first day she hadn’t been drinking a lot either. Her liquid intake had become more sporadic for days. Life had just become so busy.

By the time night came, Emma was exhausted. She felt cold and clammy. And nauseous. So nauseous. Why were her muscles aching so? Why was she starting to shake?

Slowly, it dawned on her: she was dehydrated. A friend explained that dehydration had actually led to heat exhaustion, and that if she didn’t stop and hydrate, she could wind up in a serious condition.

As she lay doubled over in pain, she wished with all her heart she’d taken the time to hydrate earlier. The hydration she’d been putting off was what had really been the most important thing on her schedule, only she hadn’t realized it.

“On the last day of the feast, the great day, Jesus stood up and cried out, “If anyone thirsts, let him come to me and drink.” John 7:37 (esv)

“For my people have committed two evils: they have forsaken me, the fountain of living waters, and hewed out cisterns for themselves, broken cisterns that can hold no water.” Jeremiah 2:13 (esv)