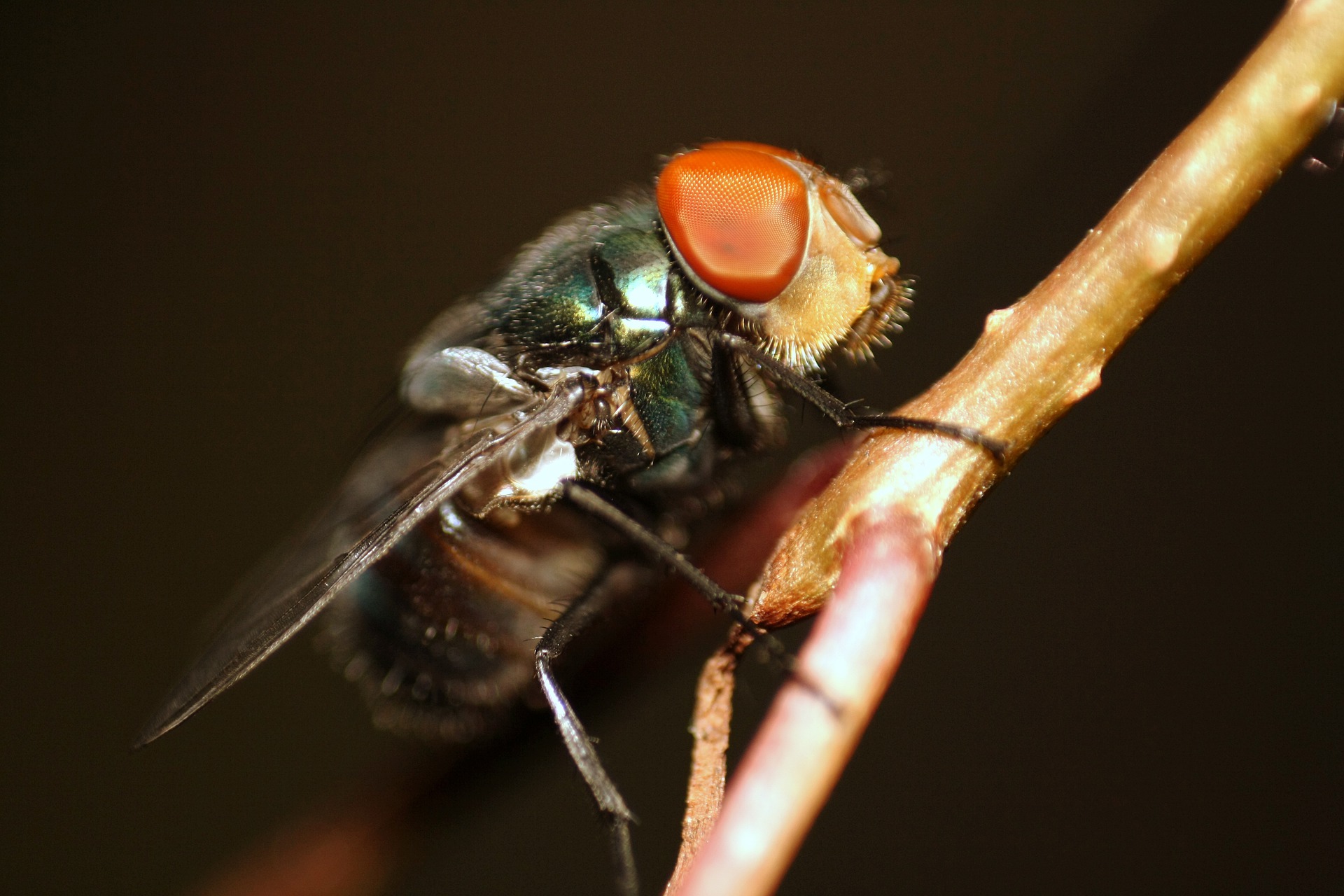 The fly seemed harmless enough at first. One had slipped into the house when the door was open. Simon thought about swatting it with the fly swatter, but he was busy and the fly wasn’t all that distracting. What harm could there be in letting it fly around?

The next week when Simon went to take the garbage out, dozens of tiny white maggots came oozing out of the trashcan. Simon frantically began squashing and stomping as he raced the trash outside. Yikes! He cleaned out the trash can, hoping he’d now dealt with the problem.

But the fly lived on. What harm could it cause? Simon didn’t realize yet that it was the fly that had laid eggs–eggs that had hatched into these small, flesh-eating insects.

Soon the fly was not alone. Some of the maggots had escaped Simon’s stomping and matured into flies themselves. The buzzing became more annoying. But still, Simon just did his best to ignore the flies.

And then the next week, there were more maggots. At last, Simon realized what was happening.

Eradicating those maggots wasn’t easy. It started with doing what Simon should have done from the beginning: killing the flies. Then Simon gave his whole house a deep spring cleaning. For days, he vigilantly kept a look out for the small white insects, as they kept hiding and reappearing. Some escaped his cleaning and matured into flies, which Simon had to diligently hunt down.

But hopefully Simon had learned his lesson: while he couldn’t keep flies from entering his house now and then, he needed to diligently seek to hunt them down when they did! Ignoring the flies was dangerous. What seems harmless enough can lead to a serious infestation.

“We destroy arguments and every lofty opinion raised against the knowledge of God, and take every thought captive to obey Christ,”
2 Corinthians 10:5 (ESV)

Our thoughts may seem insignificant and harmless, but they matter! Thoughts of fear, lust, envy, anger, and bitterness, if not taken captive to obey Christ, can lead to serious sin infestations in our lives.

What are you thinking about today? When the flies (i.e., bad thoughts) come, are you taking them captive and reorienting your thinking to what is true, honorable, just, pure, lovely commendable, excellent, or worthy of praise? Or are the bad thoughts allowed to stay around?