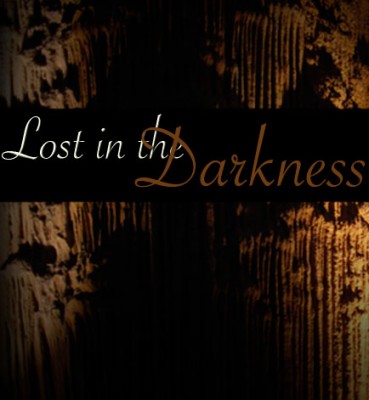 Johanna had lived her entire life in the dark cave, deep underneath the earth’s surface. She’d never seen light—not pure light, anyway. There were little glimmers of light that reached her here and there—a fish that glowed, a glimpse of the outside world if she wandered too close to the edge, and an occasional traveler with a headlamp.

Johanna, and the thousands of others who lived in the gigantic cave, passed their existence in darkness. They stumbled along, making their way as best as they could in the blackness, often falling to their deaths in huge drop-offs, getting bitten by poisonous creatures, or twisting an ankle on a rock—all because they couldn’t see. They daily walked right over incredible crystal formations and jewels, only they didn’t know it, because they couldn’t see them in the darkness. They remained oblivious to the breathtaking colors and dazzling designs.

As odd as it may sound, these people lived in the darkness by choice. I know that sounds crazy—who would choose to stumble in the fearful darkness? Who would choose not to see? And why would they choose that?

Had they only realized the healing and life that could be theirs if they were only willing to step into that light, they wouldn’t have hesitated for one moment. Had they only really understood that their present life in the dark cave ended only in death, they would have raced into the life the light offered to them. But instead they refused, living in darkness—loving it actually—rather than in the light of life.

“Then spake Jesus again unto them, saying, I am the light of the world: he that followeth me shall not walk in darkness, but shall have the light of life.” John 8:12

“This then is the message which we have heard of him, and declare unto you, that God is light, and in him is no darkness at all. If we say that we have fellowship with him, and walk in darkness, we lie, and do not the truth: But if we walk in the light, as he is in the light, we have fellowship one with another, and the blood of Jesus Christ his Son cleanseth us from all sin. If we say that we have no sin, we deceive ourselves, and the truth is not in us.” 1 John 1:5-9

Light is an amazing thing. Without it, we don’t know how to walk safely…nor can we see the beauty surrounding us. Light shows things as they really are—it reveals the truth about ourselves and the world around us.

God is light and truth—and He reveals Himself in His Word, the Bible. Are we willing to let God show us the truth—even if it’s not initially pleasant? Are we in His Word? Are we letting His Word light are path?

“For ye were sometimes darkness, but now are ye light in the Lord: walk as children of light:” Ephesians 5:8