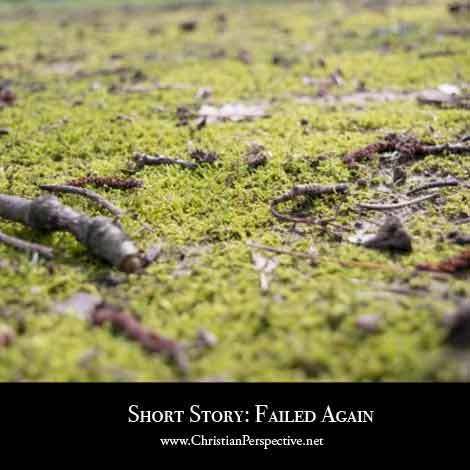 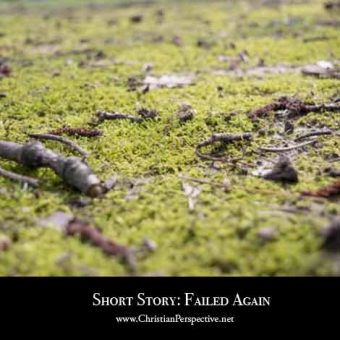 Sam was part of the flying squadron. Each of the soldiers in this squadron had been given a futuristic flight suit that allowed them to literally fly 30 feet off the ground. Sam loved the thrill of flying through the air. But lately, he’d been having trouble. Instead of flying, all of his attempts had resulted in one failed attempt after another.

Sam hung his head low as he walked back into the building. He felt like such a failure. His attempt at jumping off the ground and flying had proved disastrous. In fact, he’d landed on the ground, done a somersault, and had a host of black and blue marks to prove it. How could he have failed his commander so badly again?

“Hey, man, what’s up? You look like you’ve been beat up.” The greeting came from Jason, Sam’s fellow soldier and good friend.

Sam explained what had happened, and the disastrous fall. He expected Jason to be shocked that Sam could fail so badly, but Jason wasn’t surprised in the least. His question startled Sam, “Did you have your flight suit on?”

Sam shook his head. “No, I didn’t bring the flight suit. I thought I’d flown enough times I could handle it.”

Jason choked in a laugh, but couldn’t quite resist a little smile. “Sam, you can’t ever fly without the flight suit. There’s nothing in you that will ever be able to fly.”

Sam stopped in his tracks and stared at his friend. “But I thought the commander expected us to grow and master flying on our own. That one day I’d be good enough to fly alone.”

Jason shook his head. “That’s just not how it works, brother. You can try all day, but you’ll never be able to fly apart from that suit. The sooner you realize that, the better.”

“Abide in me, and I in you. As the branch cannot bear fruit of itself, except it abide in the vine; no more can ye, except ye abide in me. I am the vine, ye are the branches: He that abideth in me, and I in him, the same bringeth forth much fruit: for without me ye can do nothing.” John 15:4-5 (KJV)