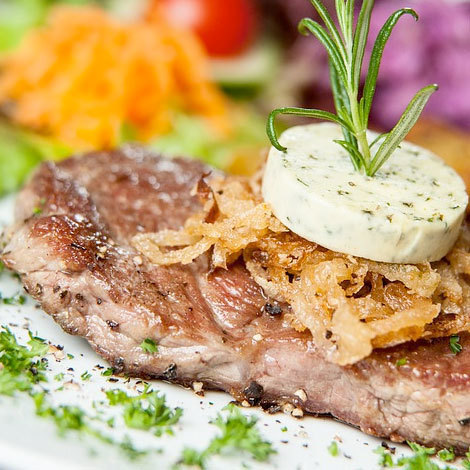 “You think so? I was thinking that it’s not nearly as delicious as that Chinese place we went last night.”

Jessica shook her head at her sister’s comment. It didn’t seem that Sue could be contented by anything. When they were at the Chinese restaurant down the street, all Sue could talk about was how she wanted a steak.

“Perhaps next time we should try something totally different—maybe Indian food,” Jessica suggested.

Only when eating the Indian food, Sue found it too spicy. So next they tried a Greek restaurant…only to discover it was too bland for Sue.

Next stop: a Mexican restaurant famous for their tasty dishes. Only while eating Mexican, all Sue could think of was how much better Italian would be.

Jessica hesitatingly agreed to go to an Italian restaurant the next time her sister asked her out to eat. But when Sue began complaining about all the tomatoes and cheese and about how what they really needed was a good, all-American steak, Jessica decided she’d had enough.

“You know, Sue, food can’t make you content,” Jessica pointed out. “Maybe you’re expecting it to do more than it was designed to do.”

Do we look for contentment in things that can’t bring it? Or have we learned the secret of being content wherever we are?

Not that I speak in respect of want: for I have learned, in whatsoever state I am, therewith to be content. I know both how to be abased, and I know how to abound: every where and in all things I am instructed both to be full and to be hungry, both to abound and to suffer need. I can do all things through Christ which strengtheneth me. Philippians 4:11-13 (KJV)