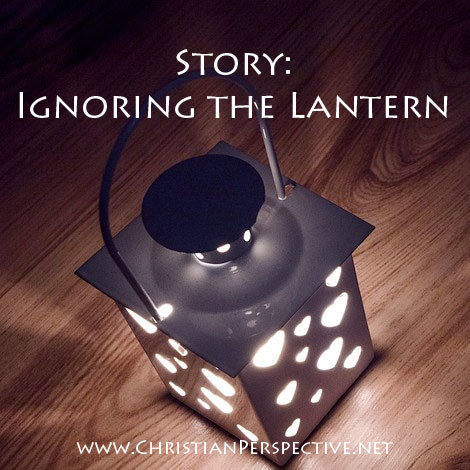 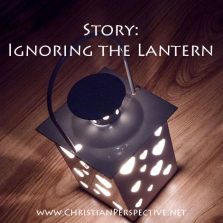 The children started on their journey with a light heart. Their father had given them everything they needed to make the journey, including a lantern to light their path.

There was just one problem. As odd as it might sound, the children weren’t using their lantern. They carried it with them–but they didn’t turn it on. Instead, they tried to force their way through in the darkness.

It was comically sad to watch their progress. They agonized over their steps, stumbling forward, all the while failing to turn on the lantern that would have illuminated their path. They complained about the darkness, allowed discouragement and depression to grip their heart, and wondered if their father had forgotten them. Yet all the while, they failed to turn on the lantern he’d provided. They carried it with them and talked about it with one another, but it didn’t seem to occur to them that it would only light their path if they actually turned it on. The few brief times they turned it on, they did so out of ritual, not really using it to look at the path.

Oh, how they were missing out! Had they only let it, they’d have discovered that the lantern’s light would have dispelled the darkness and shown them the truth about the path on which they were walking. When, oh when, would they let it light their path?