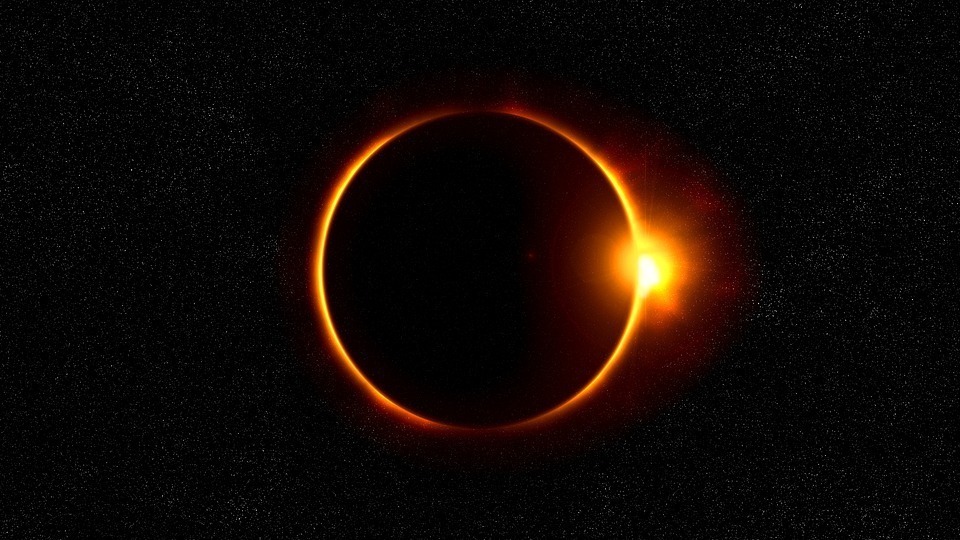 This upcoming Monday, August 21, 2017, be prepared for a period of darkness in the middle of the day as we experience a solar eclipse.

While solar eclipses occur periodically, it’s rare that the entire United States can view it. According to Time and Date, the last time “a total solar eclipse was visible from coast to coast was almost 100 years ago, on June 8, 1918.”

This short article by Kahn Academy offers a brief overview of a solar eclipse. NASA’s website on the eclipse is complete with information, along with a page of math challenges.

Math challenges? Yes. Math is the tool that we use to explore God’s creation—including the movement of the heavenly bodies overhead. While we can easily read online dates and times that the eclipse will occur in different parts of the world, it’s worth noting that math was used to predict those dates and times. You see, God governs creation so predictably and reliably that we can use math to know ahead of time when something like an eclipse will take place.

It is fascinating to go back and read the works of Johannes Kepler, known for discovering the Laws of Planetary Motion (i.e., mathematical ways of describing the consistent way God causes planets to orbit the sun). His work (which contains a lot of math, by the way) is interspersed with praises to the Creator, such as this one:

Crying out with the royal Psalmist: Great is our Lord and great His virtue and of His wisdom there is no number…To Him be praise, honour, and glory, wourld without end. Amen.[1]

As we experience the eclipse Monday, may we pause and praise the great Creator, exclaiming with the Psalmist:

The heavens declare the glory of God; and the firmament sheweth his handywork. Day unto day uttereth speech, and night unto night sheweth knowledge. There is no speech nor language, where their voice is not heard. Their line is gone out through all the earth, and their words to the end of the world. In them hath he set a tabernacle for the sun, Which is as a bridegroom coming out of his chamber, and rejoiceth as a strong man to run a race. His going forth is from the end of the heaven, and his circuit unto the ends of it: and there is nothing hid from the heat thereof. Psalm 19:1-6 (KJV)

I hope you’ll have fun learning a little about the eclipse (see the links above to get started) and how we use math to help us describe the movement of the sun, earth, and moon (look for words like angles, elliptical, etc., as you read). And then as you’re wowed by the ellipse Monday, remember how much greater the Creator is…and that, though our sin earns us His wrath, He took that punishment upon Himself (1 Peter 2:24) and offers us eternal life with Him forever (John 3:16; John 17:3). Is there someone you know with whom you could share that incredible news?

Reminder: If you’re looking for a curriculum that teaches math in such a way that students leave math praising the Creator and using math as a real-life tool to describe His creation, be sure to check out Principles of Mathematics. We also have resources available to help you bring that perspective for other grades.