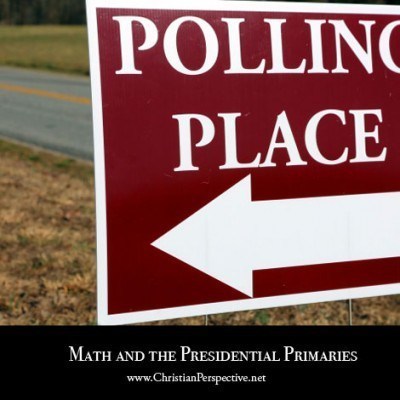 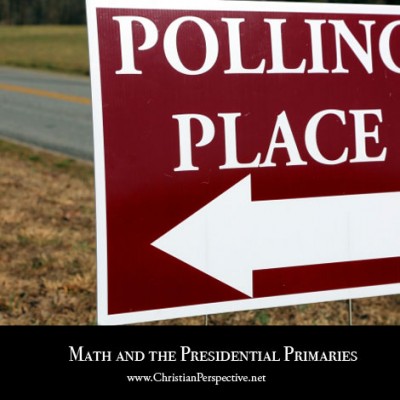 One of the things I stress a lot in my math resources is that math isn’t confined to a textbook. As I’ve been following the presidential elections this year, it occurred to me that it provides a great opportunity to show students math in action. Math is used quite a bit behind the scenes in determining each party’s candidate. Consider these applications:

As you follow the elections, consider looking into your particular state’s primary or caucus system and examining the math behind it. Point out the use of percents, addition, etc. Look at the statistics behind a couple of presidential polls and at what they truly tell us.

Then sit back and remember that math only proves useful because this universe is consistent, and because God gave man the ability to subdue the earth. We’re made uniquely in God’s image, created to worship Him. Remind your students that math is far from meaningless bookwork—it’s a real-life tool that helps us in the tasks God has given us to do.