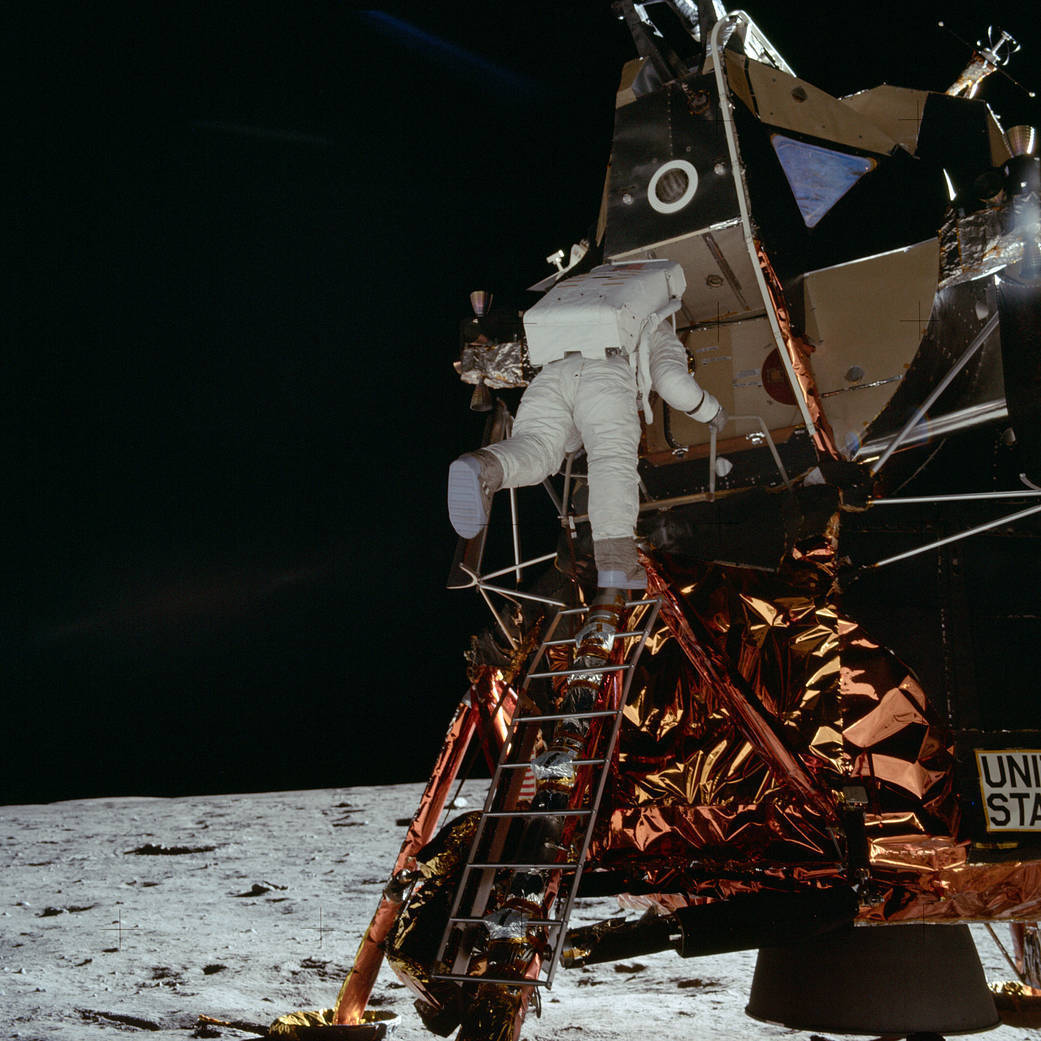 Photo Credit: NASAThis Saturday, July 20, 2019, marks the 50th anniversary of the Apollo 11 landing on the moon.

This achievement would never have been possible apart from the Creator’s faithful sustaining hand, and men using the ability He gave them to use math to explore His creation.

Whole books could be spent describing the math behind getting man to the moon. The point here is that modern science (including the space program) rests entirely on there being consistencies in creation (which enable us to design a spacecraft so it can escape the earth’s pull—if creation weren’t consistent, we wouldn’t know ahead of time if the spacecraft would really make it). And those consistencies in turn exist because a faithful, consistent Creator is holding all things together.

Jeremiah 33:25-26a (esv) says, “Thus says the Lord: If I have not established my covenant with day and night and the fixed order of heaven and earth, then I will reject the offspring of Jacob and David my servant.” God has established His covenant with the “fixed order” of heaven and earth—with the consistencies all around us. Here He points to that very consistency as a reminder that He is a God who keeps His covenants. He will do all He’s said in His Word—saving all who believe upon Jesus, and punishing those who reject His gift of salvation.

As you remember the landing on the moon, lift your eyes higher to the Creator of it all. Truly, creation declares His praises and reminds us to take head to His Word.

“The heavens declare the glory of God; and the firmament sheweth his handywork. Day unto day uttereth speech, and night unto night sheweth knowledge. There is no speech nor language, where their voice is not heard.” Psalm 19:1–3 (kjv)

Note: Our upcoming Algebra 2 book will give students the opportunity to explore consistencies such as  and see more up closely how math helps us describe God’s creation, pointing us to the Creator. Be sure to check out the math curriculum we offer for other grades too!