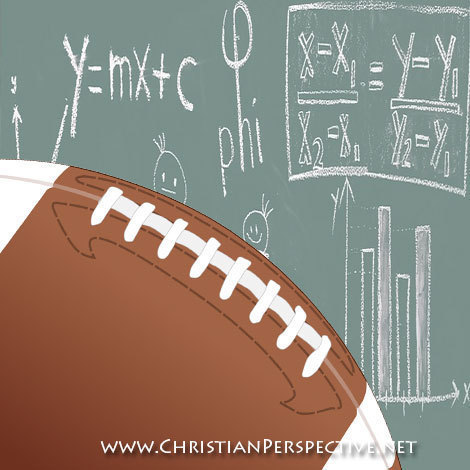 Here are a few examples of how you can use the Super Bowl to show your students that math really does apply outside of a textbook.

We learn math, not just to pass a test, but to be equipped to use it to help us in tasks God’s given us here on earth (and to behold His glory and faithfulness in holding all things together—see God and Math?).

Believe it or not, the Super Bowl was replete with examples of math in action.

A lot goes in to an event like the Super Bowl—including a lot of math. The list above is by no means exhaustive, but hopefully it will get you (and your students) thinking.

Math’s much more than a textbook exercise—it’s a real-life tool we can use while praising the Creator.

Reminder: We’ve got a lot of math resources (and even curriculum) to help you teach math from this perspective.